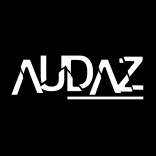 All photos and written content are the property of AUDAZ and AUDAZ contributors.