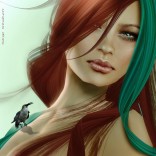 For The Love of Rococo

We can’t think of a better way to spend a lazy October Sunday than to meet up with friends at one of the coziest, friendliest, and trendiest spots on the grid. Read on to learn all about the amazing Burrow Company, a Second Life® hot spot that AUDAZ believes everyone should know about!

The past year has been challenging for everyone. It’s a time of fear for many and uncertainty for all. At a time like this, we want the comfort of our friends and family and to share experiences. However, while things like Zoom conferences are helpful, being in the same space with friends and loved ones and sharing activities have become difficult to impossible. One craves a common meeting place.

Second Life® has always been a place where people can connect and meet with friends old and new, and there are many clubs that offer music and dancing, but are short on activities. This is why for many SL® denizens, Burrow Company, named by its creator Harlow Holiday to deliberately evoke feelings of coziness and safety, has become a ‘second home’.

Holiday’s original cafe, The Pixel Bean Coffeehouse, was created in 2009 and existed for almost a decade. “We closed for a couple months due to my real life being a bit busy,” says Holiday. “I realized very quickly how much I missed having a community space in SL, and I had a lot of people reach out saying they missed the space, as well.  When I came back, I kind of wanted a fresh beginning with the space, so with that came the name change.”


For the many new visitors to Burrow Company, discovering the venue is joyful. AUDAZ COO Xandrah Sciavo’s first experience with Burrow Company delighted her. “I loved it because the community feeling inside was warm and palpable. Burrow Company really felt like the sort of place I’d go to in the real world to meet with friends or to have coffee while sitting on the patio with a book or my laptop to do some work. Also, Burrow Company hosts lots of different events and a varied lineup of music to appeal to everyone – and I noticed right away that they promote inclusiveness, which is really important to me and makes me happy.” She saw the “safe space” ally symbol on the door and realized Burrow Company  was “a great potential gathering place and less like a traditional club, and that’s incredibly refreshing.”

My first experience with Burrow Company was being teleported to hear a Burrow favorite entertainer, Tally Mercury, singing in a live concert. The place was packed with avis enjoying and cheering for the singer, and I noticed an incredibly positive energy from all. Soon after, I returned to listen to one of their DJ’s perform a set. As I later learned is a common occurrence, a number of Burrow Company staff were present, including several Burrow Baristas – a title that is given to people who have a special enthusiasm and love for Burrow Company, and are willing to serve as adjunct hosts at events, making sure newcomers are greeted and made to feel welcome. There was a sense of easy friendliness and warmth. I had been DJ’ing for a while and decided to apply there, and was soon hired and folded into the truly supportive and nurturing culture of this lovely place.

It’s not surprising, then, to hear Harlow speak about how the community, which started with The Pixel Bean, has carried over into Burrow Company. “It’s really amazing – the relationships that have developed here. We have people who have been a part of the community for over a decade. Since the very beginning!”


Since Burrow Company opened with the original coffeehouse created using a Fanatik build which Holiday continues to mod and play with, it began to expand in the sense of events and space.  What was once a small parcel grew into a full sim, with a full DJ and musician schedule, and a Discord server that is its own gathering-place, with a lounge for free chat and silliness, as well as a multitude of channels for the various interests expressed by community and staff alike.

“We continued to add more environments for a few reasons,” says Holiday. “One, we had the space to do it, so why not take advantage of it.  Two, we really wanted something for everyone here on the sim.  A variety of places for the community to spend time at.  Almost like a little “city” in its own way.  It’s been fun having various events in different areas.  People want fresh, new, and exciting in SL, but at the same time they want something that feels familiar and ‘at home’.  Our goal as a team is to accomplish both of those things here at Burrow.”

Holiday doesn’t have to accomplish all this by herself. “We have an entire staff of incredible people who are here because they truly want to be here.  A full community effort. From our hosts and baristas, our entertainment, all the way up to a really great management team.  I’m immensely fortunate to have so many people who want to see Burrow succeed and grow.”


Aria Spiritor, who is a General Manager for Burrow Company, was drawn to the place due to her friendship with Holiday. “I have a love for landscaping and decorating. So at first, it just was me helping her every so often with the cafe. Then it became more of a project that we worked on together,” says Aria. “We both have similar tastes and goals for running Burrow. And we blend together very well!”

Aria does a wide range of work for Burrow, including a major portion of decorating and landscaping. “There’s a lot of backstage planning that goes into events, operations, staffing and management concerns etc. That’s where I help out mostly.”

Aria especially loves bringing people together at Burrow. “And seeing people grow as friends! It’s nice to hear that so many people have met so many amazing people through a place we have created. It’s great when people call Burrow their ‘second home’.”

Lucky Spiritor, who became Aria’s spouse after they had worked together at Burrow Company, is its Social Media Coordinator, and does quite a bit of work promoting and creating posters for events and for the individual entertainers, and doing listings in social media, as well as DJ’ing bi-weekly and for special events. “One of the things that I love about Burrow is the close-knit family feel that we have, not only as a staff, but as an entire community,” says Lucky. “As management we like to get the input of both our staff and anyone who comes to Burrow. And we’re free to do mostly anything we’d like as performers.” DJ’s can play whatever they want, as long as it doesn’t conflict with Burrow’s policy of a truly ‘safe space’. “For me, it is the only place I DJ, the only place I work for in SL, and there’s a reason for that,” says Lucky. “I trust it. It’s home and until it’s gone, which is hopefully never, it will remain so.”

Ameya Moon, a Burrow Company Host, says her initial visit was a first date. “It was just so magical and fun and it really brought me so much happiness.” She returned a year later with a friend and was surprised to rediscover how beautiful the place was. “Ever since I first walked through the coffee shop doors, I felt like I was home again.” Soon after, she applied to become a host, and says it has been amazing to be doing this work. “I love being part of the team, I love making people happy and laugh, and honestly I hope that with my time there I can just make people enjoy this sim as much as I am enjoying it also.”

Although Burrow Company is brimming with activity and an enthusiastic community, Harlow says that without a doubt, the financial constraints are a big challenge.  “It costs a lot of money to operate Burrow, and without the help of the community, we simply wouldn’t be able to do it.”  Holiday is very grateful for each and every linden that is donated towards the venue.  And it is worth the effort. “It’s the relationships built that are the biggest success,” says Holiday . “When someone messages me and says they found their partner here and it became a real life thing, or someone says they met their best friends here, that means the world to me.”

One of the things Holiday feels separates Burrow Company from other clubs & communities in SL is their all-inclusivity.”We keep our sim open to the public, we allow any and all types of avatars whether you are human, furry, a robot, etc.” Also, she says, no racism or anti- lgbt+ talk is allowed on the sim.  “We want everyone to feel valued and important, and we want a “safe space” for all.  We are also big on curbing trolling and drama before it becomes an issue.  We simply want a space that is positive here in the community.”

“We also aren’t a sex or adult oriented sim,” Holiday says. While she’s absolutely not against adult sims, and in fact used to operate one, “we feel there are so many adult themed places in SL, that we like to think we are a breath of fresh air for folks who are looking for something a little bit different here in SL.”

Upcoming events include a Disney Villains-themed party near Halloween, and some new events coming to Burrow’s German-inspired Biergarten. Currently, all events are open to the public. Although there have been no “official” weddings or other private events at the venue, that could change in the future.

“Our doors are open 24/7,” says Holiday, “and we welcome anyone to come by and explore the sim, spend time, and enjoy everything we have to offer!

All photos and written content are the property of AUDAZ and AUDAZ contributors.